Monitor plants closely for symptoms of nutrient deficiency. These symptoms can provide a valuable forewarning of serious problems within the growing system. Be aware that there are many factors that cause nutrient deficiency symptoms in a plant. The nutrient itself is usually not the cause. 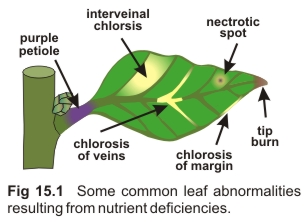 1. Stunting of growth:  As all “essential” nutrients are simultaneously required for healthy growth, this symptom can be attributed to a deficiency in any one or more of them.

3. Purple / red discoloration: This often occurs on stems or along leaf petioles, veins or margins. It occurs due to abnormal levels of anthocyanin that accumulates when plants are stressed. These symptoms can also be caused by physical stresses such as cold, drought and disease. 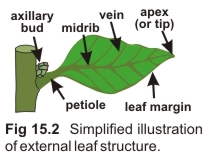 4. Necrosis:  Generally happens in the later stages of deficiency where the affected plant part becomes stressed to the point that it becomes brown and dies.

5. Other:  Further symptoms include:

A key indicator for identifying nutrient deficiency is whether the symptoms are occurring in older growth, younger growth, or both.

Mobile elements are able to move out of older leaves and into younger plant parts when a deficiency is present. Hence the symptoms usually occur first in the older (usually lower) leaves. Mobile elements include N, P, K and Mg (Chart 15.20).

In contrast, immobile nutrients are not able to move quickly from one plant part to another. Therefore, deficiency symptoms are initially most obvious in younger growth (usually higher up the plant). Immobile nutrients include Ca, S, Fe, Cu, Mn, Zn and B (Chart 15.20).

The appearance of foliar deficiency symptoms often causes inexperienced growers to conclude that the nutrient solution is deficient in a particular element. However, if a ‘complete’ (see Table 7.20) nutrient formulation is being used, check the following before settling on this conclusion:

● Insufficient EC or feed frequency.
● In recirculating hydroponic systems, the nutrient is discarded too infrequently.
● Inappropriate nutrient pH: Causes certain nutrient elements to become unavailable for uptake.
● Excessive humidity: Hinders the distribution of nutrient throughout the plant.
● Signs of pests or diseases: Their presence can produce symptoms that are similar in appearance to nutrient deficiency symptoms. 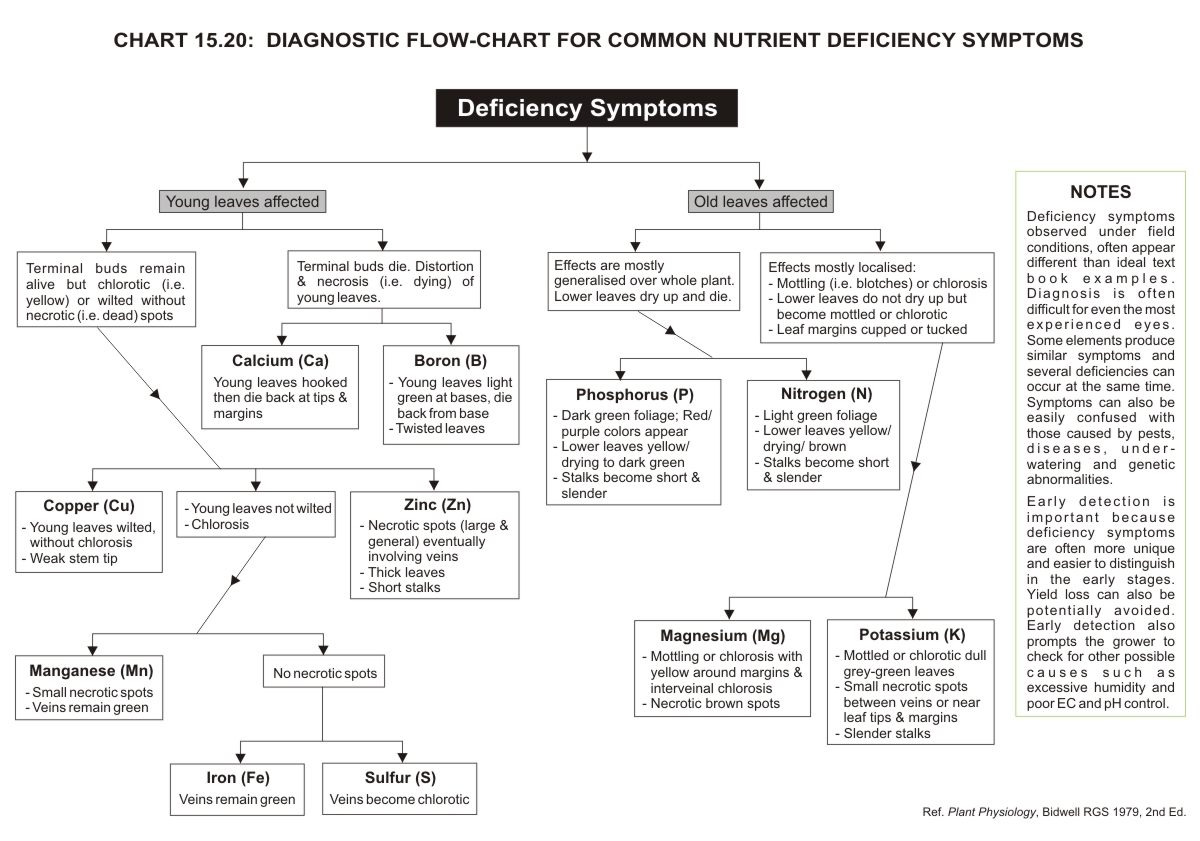